You’re about to read a spoiler full explanation of the game Uniform that’s available: here .

Please play before you continue reading.

Uniform was made during the 2014 Global Game Jam event in Israel where games are being produced around the world at the same time during the weekend.

Israel’s diversifier was The holocaust, and I jumped on the opportunity to make this game, after wanting to do so for several years already.

There have not actually been too many (if not, any) games about the holocaust itself. There were fictional World war II games, sure. But nothing like the richness of content that exists in literature like books, stories, poems and other arts like paintings, drawings, and physical art. Games are also an art form, and thus it only makes sense that there will be games about the holocaust.

The purpose of the game is awareness raising, and it’s done by leading the player through a path of blindly following orders leading to the metaphorical annihilation of 6,000,000 Jews. 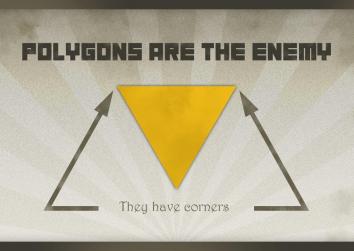 Propaganda Posters – Instructions are given with “Propaganda posters” as were common during the Holocaust. 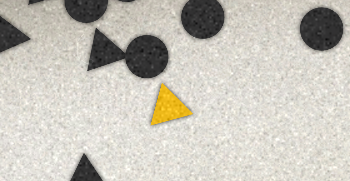 Marking the Yellow Triangles – Represents the making of the Jews with the yellow star of David. 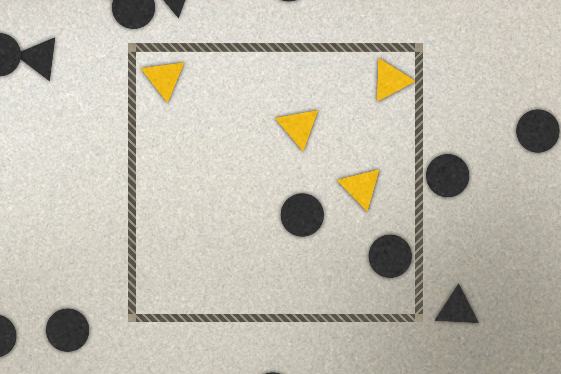 Confining the yellow triangles in the square – Represents Ghettos.

Transferring the yellow triangles – Represents the trains that were used to move Jews into concentration camps.

The “showers” – Represents the gas chambers

The switch – Represents the final solution.

The Number 6,000,000 – Represents the amount of Jews that were murdered during the Holocaust. It is not rounded, because the actual count is unknown.

Music – The music was created to be a combination of a militant theme with Jewish elements.

Visual Style – The film grain and black and white visual style was selected to create a resemble other works of art about that Holocaust, and to the way film looked back then.

Part of our goal and thoughts behind this game was to not tell anyone what this game was about, and let people understand both the game play mechanics, while understanding the game’s theme during game play, intentionally causing the player to feel bad about their actions.

This was a very hard design choice, and our team still debate whether there should be an escape route implemented where you “win” by quitting the game.

Oded Sharon: “It was a very intense experience to create and code this game.

I remember feeling awkward while writing lines of code like

But I decided that since we also give away the code for the game there should be classes and objects representing their meaning, making the code itself part of the artistic meaning of the game.”

The game is a collaborative work of the following individuals:

Philosophy Behind the Game

There is a lot to say about this tiny, short, 3-min long game.

We wanted to create a shocking experience. Both to players who do not know what the game is about but also to those who either figure it out, or knew what the game was about beforehand.

Oded: “I feel bad every time I play it, every time I talk about it, every time I do research about it. But it is suppose to be that way. The Holocaust was the most horrible thing that happened to man kind, and we need to feel that way so we make sure it will never happen again.”

We’ve witnessed dozens of people play this game in person. The reactions vary widely, from mild discomfort to shock. The one thing we notices, is that people who play this game have some sort of reaction to it.

We would love your feedback and thoughts too.